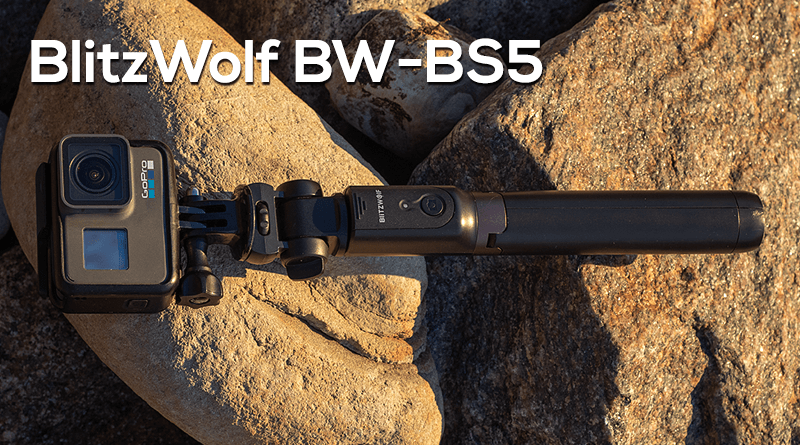 In a nutshell, the BlitzWolf BW-BS5 is a selfie stick and a tripod with a Bluetooth remote for smartphones, action cameras and any other relatively small device that has the standard tripod screw or fits in the mobile phone clamp. For example, I also used a Lume Cube light on with the BlitzWolf BW-BS5 in Tripod mode.

The stick packs down really small and it surprised me on how long it actually is. When folded down it is only 20cm. The phone clamp, which is attached by default, has a nice round “fork” so it fits around the base of the selfie stick perfectly keeping the design nice and compact. Once you flip it out and extend it to the maximum of 90cm you get the perfect length selfie stick to shoot so many selfies your phone explodes 😀

The BlitzWolf BW-BS5  has 5 telescope sections that have two pressed-in grooves to prevent the arms from turning inside each other. An important feature a lot of budget selfie sticks do not have!

The Bluetooth remote is located very conveniently under the thumb. It has a small blue LED light indicator and you can flip the remote out if you want to put your camera or phone away from you and still get that shot. You need to extend the stick just a bit to flip the remote out – this way you won`t lose the remote because you will not slide it out by accident.

Connecting the remote to your smartphone is as easy as it can be with any Bluetooth device and once you make the first connection the phone automatically establishes the connection once you turn the Bluetooth remote on by pressing on the Power Button for a second. Turning it off is from that same single button for 3 seconds.

Once you have the remote connected you can use any photo app on your phone to take pictures or videos. And since the range on it is pretty sweet (10m) you can use the remote and the BlitzWolf BW-BS5 in tripod mode for pretty crazy shots, so go wild.

Setting the BlitzWolf BW-BS5 as a tripod is really easy, you just fold out the three legs that make up the handle of the selfie stick and you also need to push out the middle column for a few cm or an inch, otherwise, it will be longer than the tripod arms. The tripod is the most stable at its shortest and the more you pull it out the more unstable it gets. I would not put a DSLR on it when extended but it can handle a smaller DSLR when it`s all folded in. With GoPro cameras or phones it`s pretty stable, but in stronger winds, you might want to watch out and make sure it`s safely on an even surface and does not fall over.

What I love about BlitzWolf BW-BS5

I would prefer a universal mount to switch between tripod screw and smartphone adapter.

The BlitzWolf BW-BS5 is a really great product. I`m not much of a selfie fan so for me the tripod option with the remote makes a really great combination and since it`s really small and compact it`s a great addition to anyone’s geat bag. 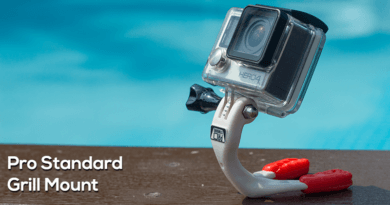 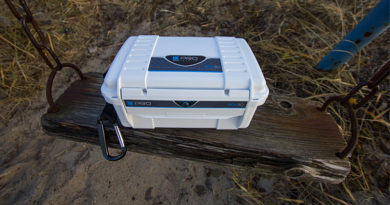 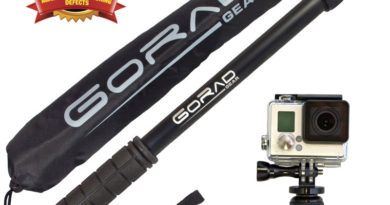