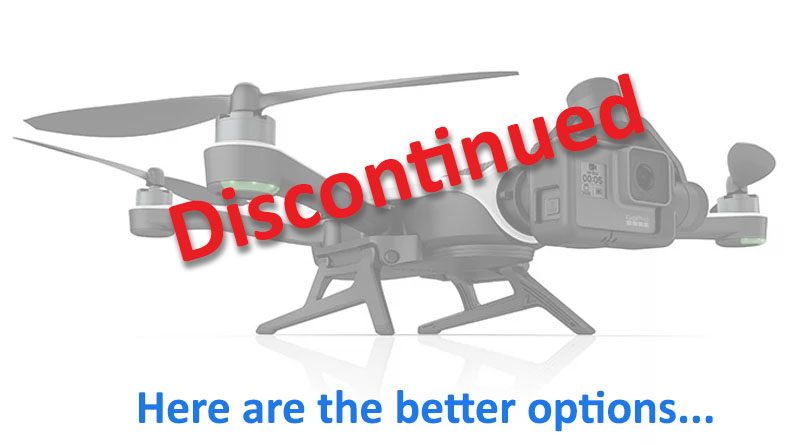 GoPro has discontinued the Karma Drone so if you are looking for a good drone you might want to consider the DJI Mavic 2 as your top choice.

The DJI Mavic 2 is cheaper and really just a better drone than the Karma ever was.

You can’t really go wrong with DJI products and the Mavic drones are one of the best. They are super easy to fly and fold up so you can take them anywhere with you.

The Mavic 2 has a PRO and a ZOOM version costing 1400 and 1200 USD. They both have the same flight performance and with a maximum speed of 72 kph or approx. 48 mph, they can both fly for up to 31 minutes. Additionally, they both shoot 4K videos and also share similar intelligent features, like Hyperlapse and ActiveTrack 2.0.

There are some small differences like image sensor and image resolution and HDR video capability. The full comparison of the differences is as follows.

Mavic Air is a much cheaper, smaller version that suits most users.

The Mavic Air has a lot of advantages for someone who doesn’t need to make a living with the drone and wants to have an ultra-compact quad-copter. The AIR fits well in your backpack or even in your pocket and you can control it with your mobile phone if needed. This makes it an excellent choice for most Sunday drone pilots and pros alike.

Pick your favorite, compare them and check out the user feedback from Amazon to make sure you get the best drone for your needs.

GoPro has finally revealed the new long-awaited member to the GoPro family- GoPro Karma drone!
The quadcopter was unveiled alongside two new action cameras at the event in California. Karma will hit the shelves on October 23 and should cost around $799 or if you get it bundled with Hero5 you need to cough out $1099.

The best thing about GoPro Karma drone, that we can`t wait to test out is its ease of use. It features a foldable design so you can store and carry it without having to drag along a huge case looking like you packed your whole life with you. GoPro is even giving you a small backpack to go with your new drone so you are ready to go filming straight from  the shop.

You Control the drone with a very simple and intuitive clamshell-shaped controller with a touchscreen display and two joysticks and a few essential buttons. GoPro has managed to keep it as simple as possible while giving you full control of the drone.

The GoPro Karma drone can fly with the new Hero5 Black, Hero5 Session and Hero4. The front of the drone features a 3-axis gimbal that will stabilize the camera for a super-smooth footage so your videos will look really professional and cool You can actually remove the gimbal for a handheld use and we love this – you basically get a free handheld gimbal with your drone and we believe this will be a huge selling point and an advantage to other drones!

GoPro Karma has the camera positioned in the front rather than under the belly like most of the drones, but GoPro sais it will eliminate the appearance of the rotors in your footage – nothing worse than getting that dreamy shot of a glowing red sunset and then having to watch those rotors at the corners ruining your day.

The drone features a one button takeoff, landing and returning home, like you would expect from a top brand drone so it makes it really user-friendly.

It also has four pre-programmed shots: dronie, cable cam, reveal, and orbit. GoPro is also offering a “passenger app” that allows another person to see the live video feed from the drone and even control the camera position. This will really improve the control of the footage because you can have one person focussing on flying the drone and avoiding any obstacles and the other one can focus on getting the best footage. 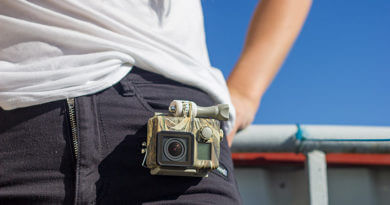 Take your GoPro for a gambling trip?

January 7, 2018 Admin Comments Off on Take your GoPro for a gambling trip? 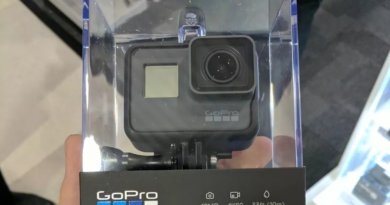