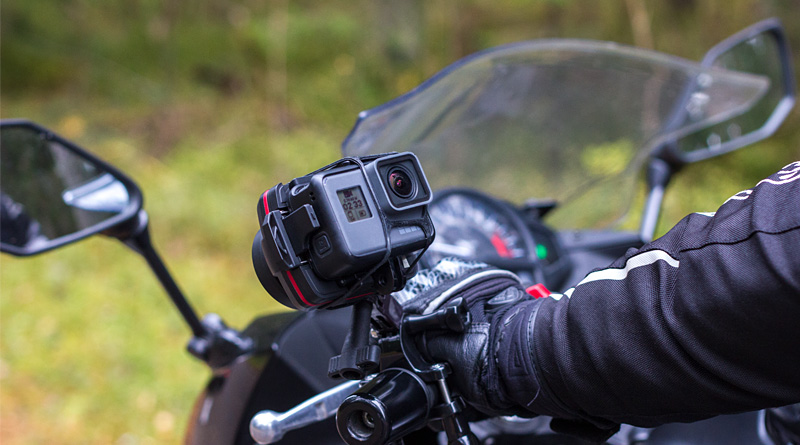 The Wenpod X1 from Dareware Labs is a gyroscopic 1-axis stabilizer for the GoPro Hero camera range, specially designed for motorcyclists. GoProEssentials got our hands on it to see how it works and if there are other uses for it other than motorbikes.

Right off the bat, the packaging leaves a really good impression! The packaging is well thought out and the black interior looks really nice. Someone should give an award for whoever created the package design! You have 3 compartments: the envelope-like compartment in the main lid that holds the manual, the big compartment that has the charging cable, attachment rubbers and the pouch in it and the main fitting for the Wenpod X1 itself. The bigger compartment has a crossed cut instead of a lid that gives the overall first impression just a bit more excitement and I was even a bit worried to mess up the beautiful box when reaching for the stuff inside. Although not relevant to the performance of the stabilizer itself that kind of attention to details is amazing and makes the users even more excited to try it out.

The flat USB cable has protective caps on both ends and the cable can be used to charge your iPhone, it`s neatly wrapped up and secured with a rubber band. The protective bag is supposed to be neoprene but it definitely is not neoprene but some durable canvas and the  outside is shiny and looks more like some kind of vinyl.

Setting the device up is pretty easy and intuitive.

You need to flip out two clamps on the side and one at the bottom to hold your GoPro firmly in place. To secure the camera use one rubber thingy that goes around the protruding lens and attaches at the top and bottom hooks on the Wenpod X1.

Trusting the security of the camera into the hands of a small rubber band might seem a bit offputting but I tried shaking and waving the camera around to see if it might come undone but the camera stayed firmly in position. And the way you use a stabilizer normally is pretty controlled so we feel pretty safe with that attachment solution.

To Power on the device a simple press on the Power button does the job and the stabilizer is ready for action. Turning it off requires two consecutive presses. The manual I assume has not been updated for a while because it gave us wrong directions and we had to turn to the almighty internet to find out how to power it down.

If for whatever reason the Wenpod X1 isn`t perfectly level you need to recalibrate it by setting it down on a flat surface and turning it on. The motor will spin for a while and stop when done. We had to do the reset a few times but not too much so it would disrupt too much.
Although we only had to do it a few times you still need to unmount it from wherever it`s attached at the moment, so it slows you down a bit.

On a few occasions the calibration took a few tries to get it aligned so either we did something wrong or it might fail the calibration sometimes. If that happens just repeat the process and you should be fine!

The first thing I noticed was that the motor is really quiet! Having played around with a few stabilizers and gimbals the motor noise is something that can sometimes be a real nuisance. Wenpod X1

Is super quiet and I didn`t even notice the sound until i mounted the GoPro and started shooting. The slight buzzing sound is still audible when you play back your videos so you need to consider that when recording,

The Wenpod X1 is a single axis stabilizer so it will not replace a full 3-axis gimbal but the price is also a lot cheaper. It will hold a perfectly horizontal shot leaning on either side will not affect your footage. It`s designed with motorbikes in mind and is probably most used with bikes so naturally, we had to slap it onto one and see how it does.

Unfortunately, the bike did not have any adhesive GoPro mounts on it so we used the handlebar mount to attach the stabilizer.
The Wenpod X1 works perfectly and keeps the camera level. The different angles we tried did not have any effect on it and even when aimed high or low the stabilizer did what is expected.

It`s pretty cool to see the bike tilting in the frame but the background stays horizontal – a nice change for the usual videos in Youtube where the whole picture tilts left and right so you find yourself tilting your head in tune with the video.

The stabilizer itself is splash proof which is perfect because we got some heavy rains at the end of the testing and although the water on the lens ruined those shots the Wenpod X1 kept working perfectly.

Other uses of Wenpod X1

You are not limited to bikes with this little device and I tested it on a GoPro pole and on a longboard.

When attached to a grip or pole you get a handheld 1-axis gimbal that works well if you are shooting from hand. Attach it to a longer pole sideways and you basically get an expensive movie crane for just 150 bucks that can reach from the ground to around 4m (160 inches) depending on your height and the length of the pole while keeping a perfectly level angle.

The stabilizer works well with rapid movements and the only shake you see is from the 2 other angles that the Wenpod X1 is not meant to cover.

The great thing about this stabilizer is that you can use it with your mobile phone also! Your snapchat videos have never been so steady and you can set your phone in landscape and portrait mode. To us this give a lot more value to the product if you can use it with more than one device!

Looking around on the internet we saw a lot of people using different action cameras with it so you are not limited to only one device.

The battery lasts for 4 hours which is great! You will probably never use it 4 hours straight but it`s good to know you will not need to charge it every 15 minutes like you do with some of the 3-axis gimbals. You can charge it with the bundled USB cable and the led lights will let you know once fully charged.

What we love about Wenpod X1

Essential addition to anyone’s GoPro gear that drives motorbikes! If you want to get some great footage from a GoPro attached to a bike- get it. It doesn`t cost much, it`s small and fits nicely on any bike.
If you don`t own a bike this is still something worth considering. Although not as versatile as a 3-axis gimbal it will for sure improve your videos. Even using it as a handheld stabilizer for a GoPro or a smartphone is worth the price and we loved using it almost every second!

Seems like the company is no longer opretational, at least their site has been down for a while now and there`s no activity in their social media. 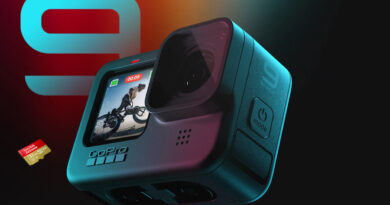 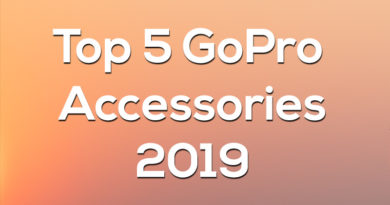 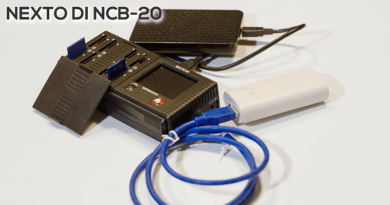